Against all odds, station finds a new future

Transportation of the past creates a vehicle for new opportunities. ATA Architects Inc. recently completed work on the historic Oakville Radial Railway Station in Oakville, Ontario. The Hamilton Electrical Radial Railway located in the Greater Hamilton-Toronto Area started in 1893 when a group of investors purchased an established line along Hamilton Beach. After extending the line, the rail system soon reached multiple communities including Oakville. Constructed in 1906, the station operated single-car units along the line until 1929 and created an important means of public transportation. Today, the Oakville station is the last remaining station of the railway. 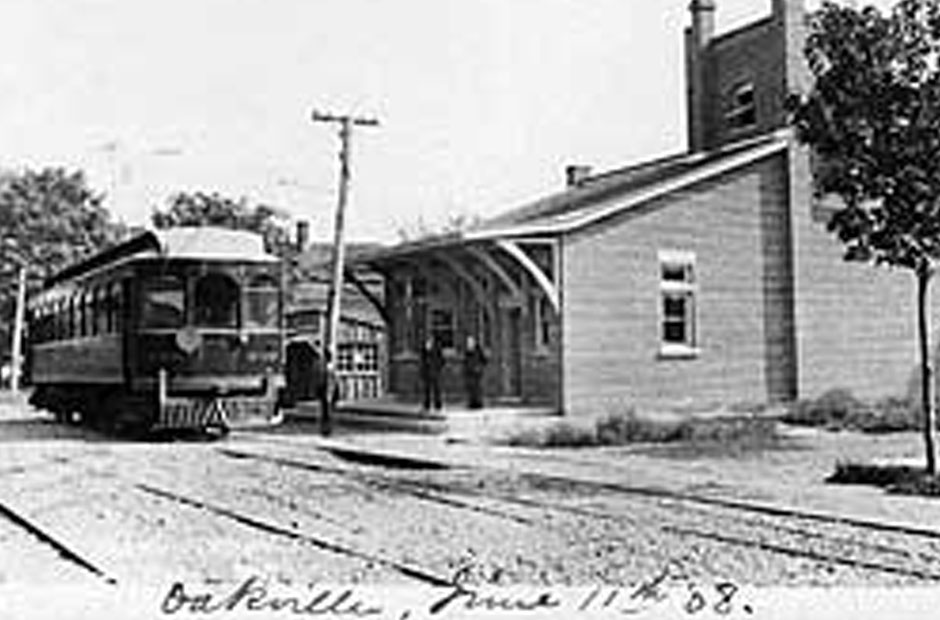 The relatively small size of the building and the need to retain heritage features had initially deterred buyers. Fortunately, a residential builder took ownership to transform the interior space into a high-quality office and residential environment. Designed in conjunction with the adjacent property, the historic building was rehabilitated inside to accommodate office space while a third-floor addition provided a new residential apartment without detracting from the original character. 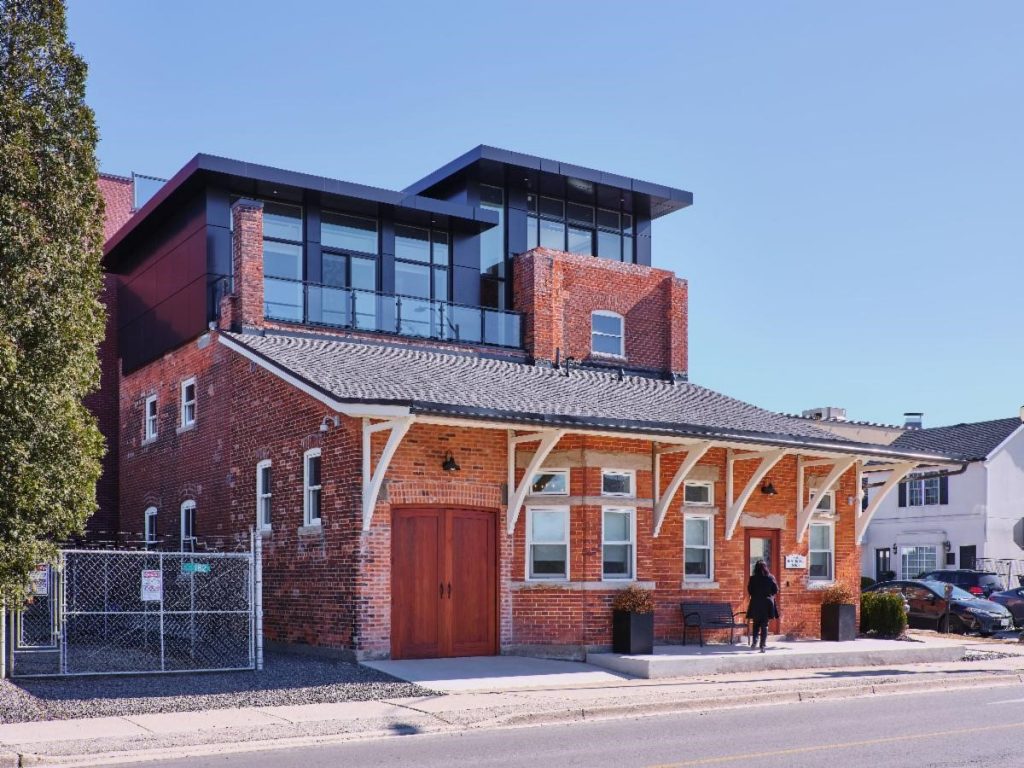 To create viable commercial space inside the station, steel beams once used to hoist train engines were removed and a partial concrete mezzanine was replaced with a complete second floor. Wherever possible, the structure was left exposed and complemented with new glass and wood partitions. The third floor was added above the existing two-storey maintenance section of the building so the integrity of the original public portion of the building remained visually undisturbed. 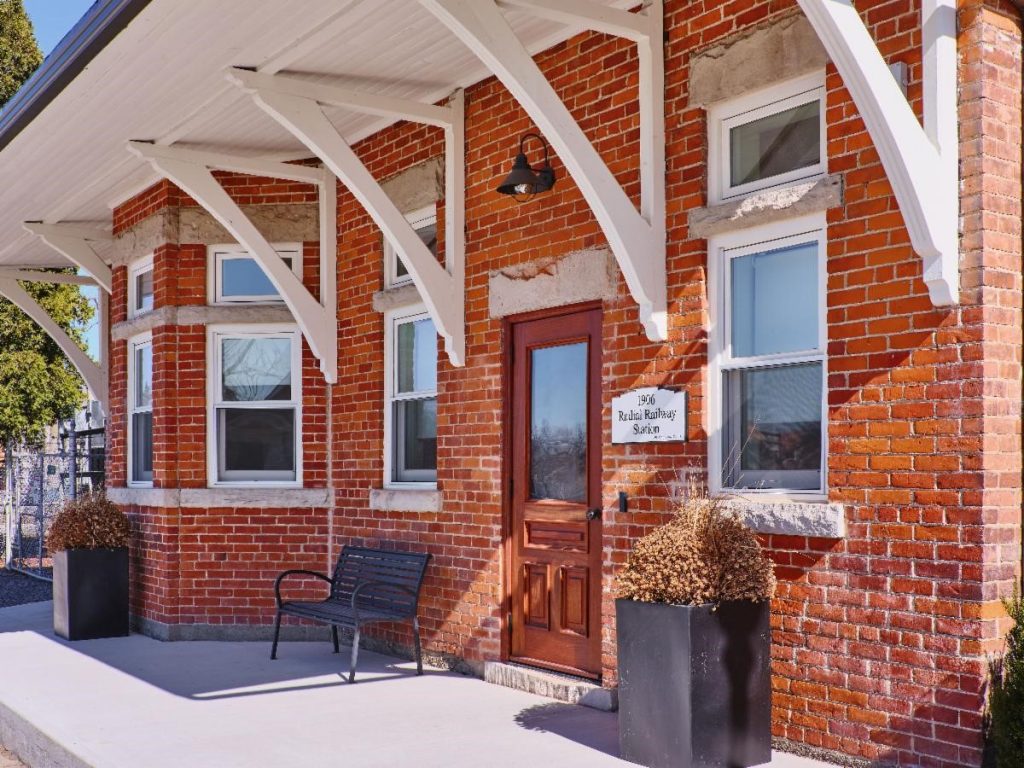 The new addition of dark metallic panels clearly defines old from new. The balcony on the third floor adds to the three-dimensional character of the addition and the glazing further separates visually the addition from the station below. This penthouse addition provides spectacular views of the valley across the road and distant views of the Ontario lakefront to the south. New wood thermopane windows were installed to replicate the existing windows. As well, window openings that had been blocked up or were made into doorways were restored. The arched service entryway was reconstructed and the doors replicated. The exterior of the building was largely brought back to its original appearance. 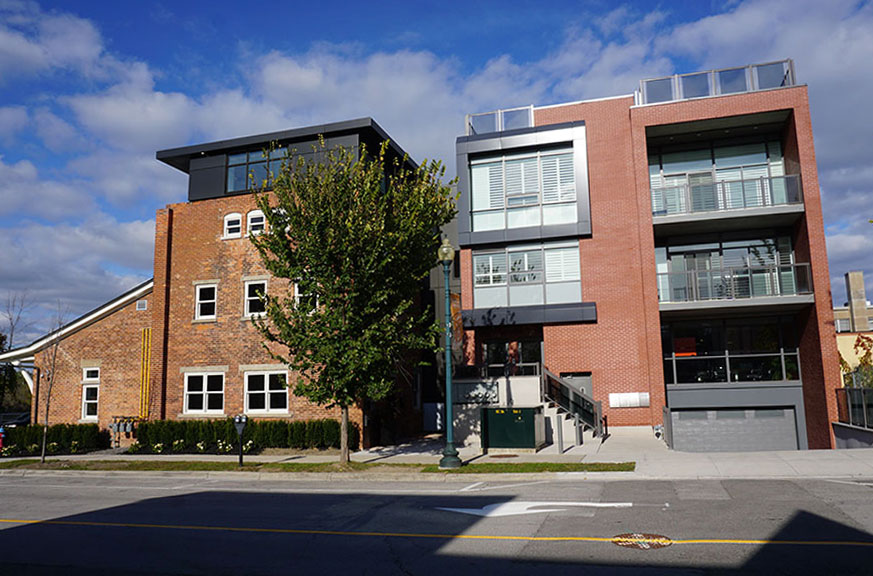 The new building on the south side is a mixed-use development, with commercial space on the lowest level and residential suites above. The red brick and metal panel façade was designed to complement but not replicate the rail station’s style. The building creates a better balance of forms and anchors the site by providing additional visual weight to the rear portion of the station. 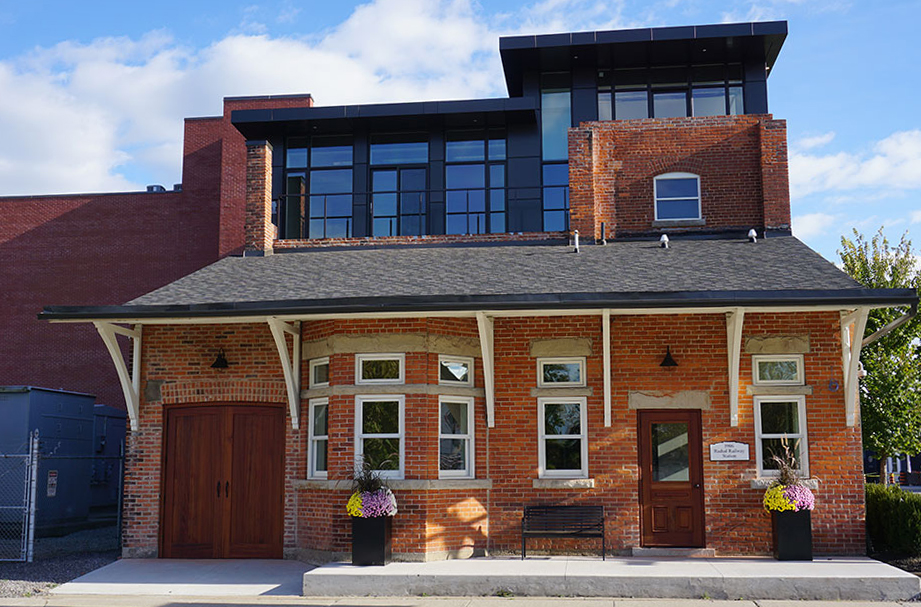 Many small structures in Ontario with a distinctive style are demolished, left abandoned or are relocated because they speak too much to their former use. With the careful design of architects and with the commitment from entrepreneurs, these buildings can remain in place to become successful contemporary spaces. 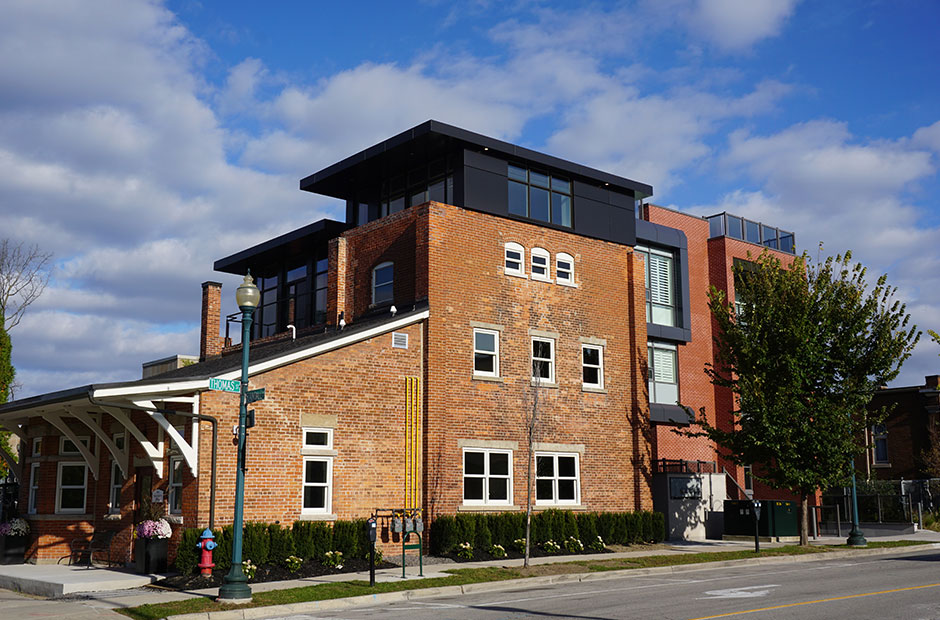 The Oakville Station project demonstrates not only the potential for rehabilitation, restoration and maintenance of historic buildings, but also how neighbouring owners can work together to create a complementary and adaptive solution for the 21st century. This historic site that may have otherwise been neglected has now been secured for the long-term. 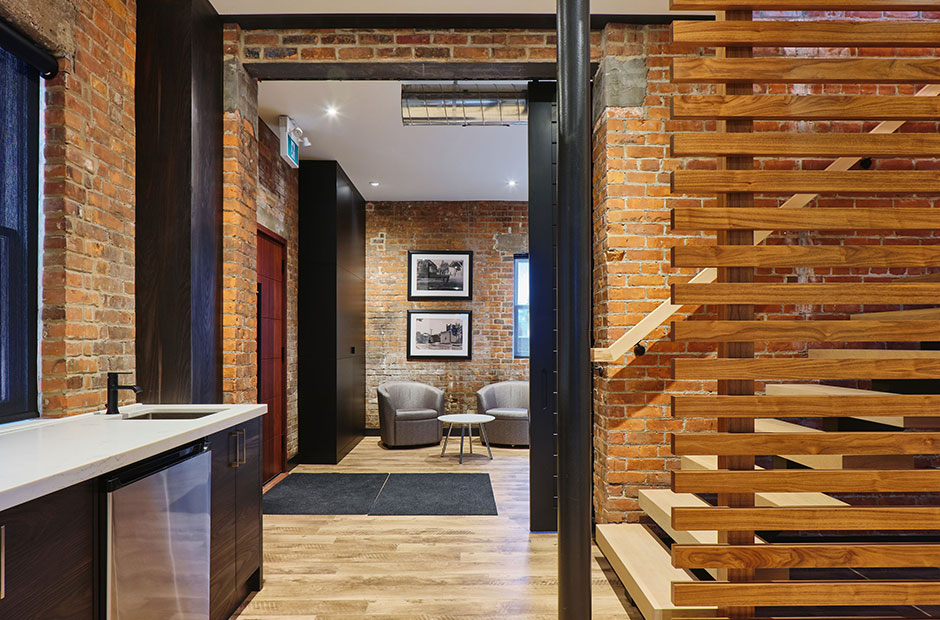 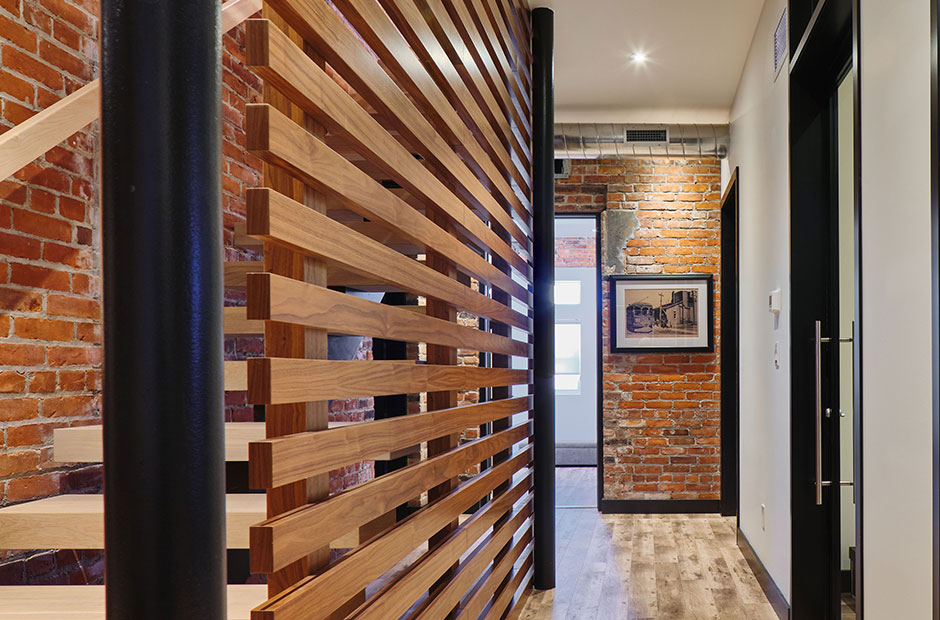 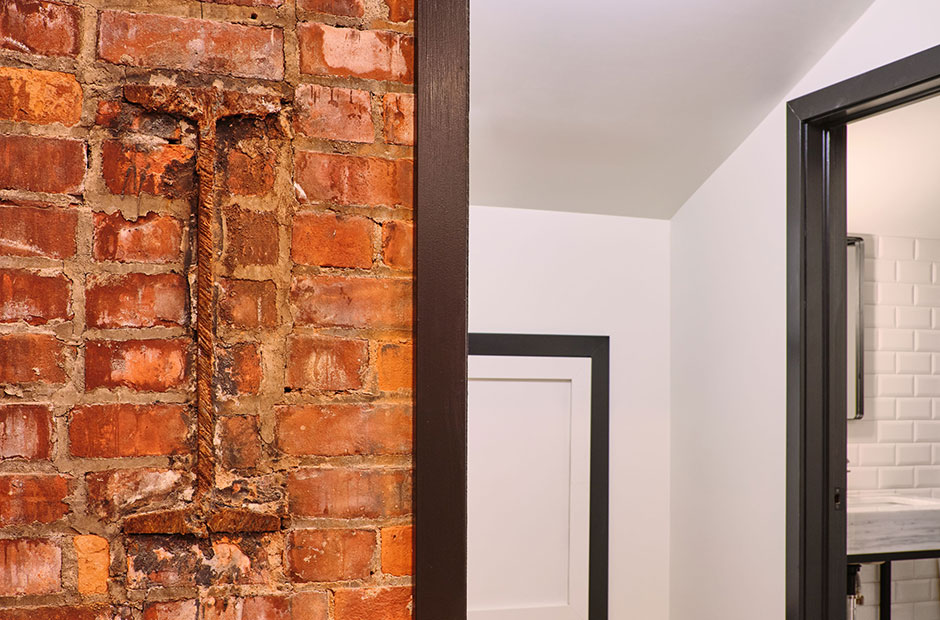 For more information about the design of the HUB, contact Alex Temporale at [email protected]

Building for a Sustainable Future