A stunning mansion, designed for Royal Pacific Lions Gate Realty Ltd, is located in West Vancouver, BC, and is currently on the market. 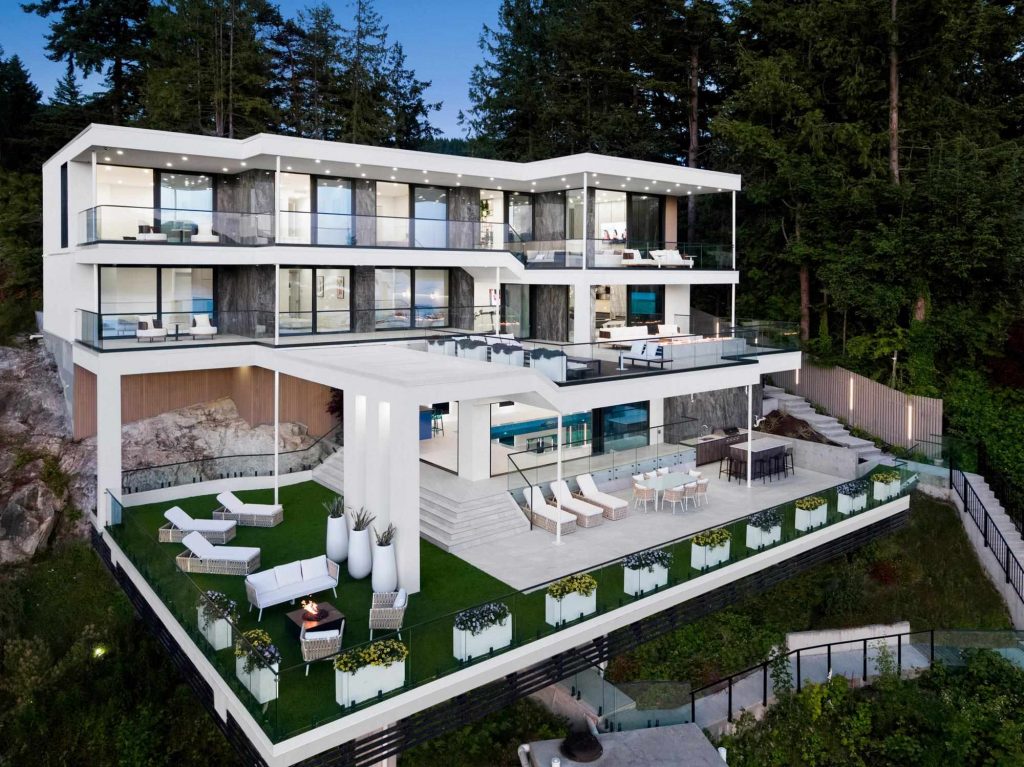 When choosing the finishing materials, Bodaq Interior Film grabbed the designer’s attention as an innovative, high-quality, versatile solution for surface decoration. As some of the walls in the seven-bedroom mansion were designed to be covered with panels, they needed unusual design options. Hence, Bodaq is an ideal choice because it creates a fresh appearance, focusing on expressing the texture and three-dimensional feeling of the natural surfaces. 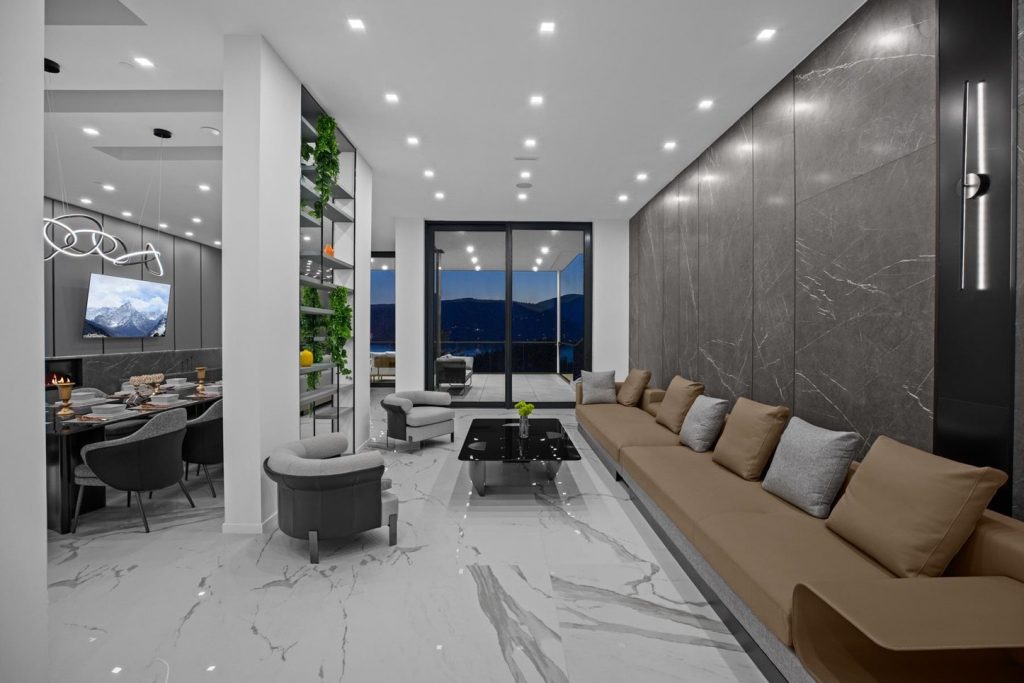 The main idea behind the interior design was to create a modern-looking Southern California-living-inspired space. To achieve the goal, the designer used cold and bright tones represented in white and grey marble. These luxurious materials combine perfectly in one space, giving the vibe of modern living.

To be more specific on the Bodaq usage in the project, living and dining areas’ wall panels had been covered with the interior film. The wall behind the sofa is covered with Pietra Grey Marble. And the opposite wall is also amplified by panels decorated with a combination of two film patterns – the same Pietra Grey Marble on the bottom and Grey Super Matte interior film on the top. 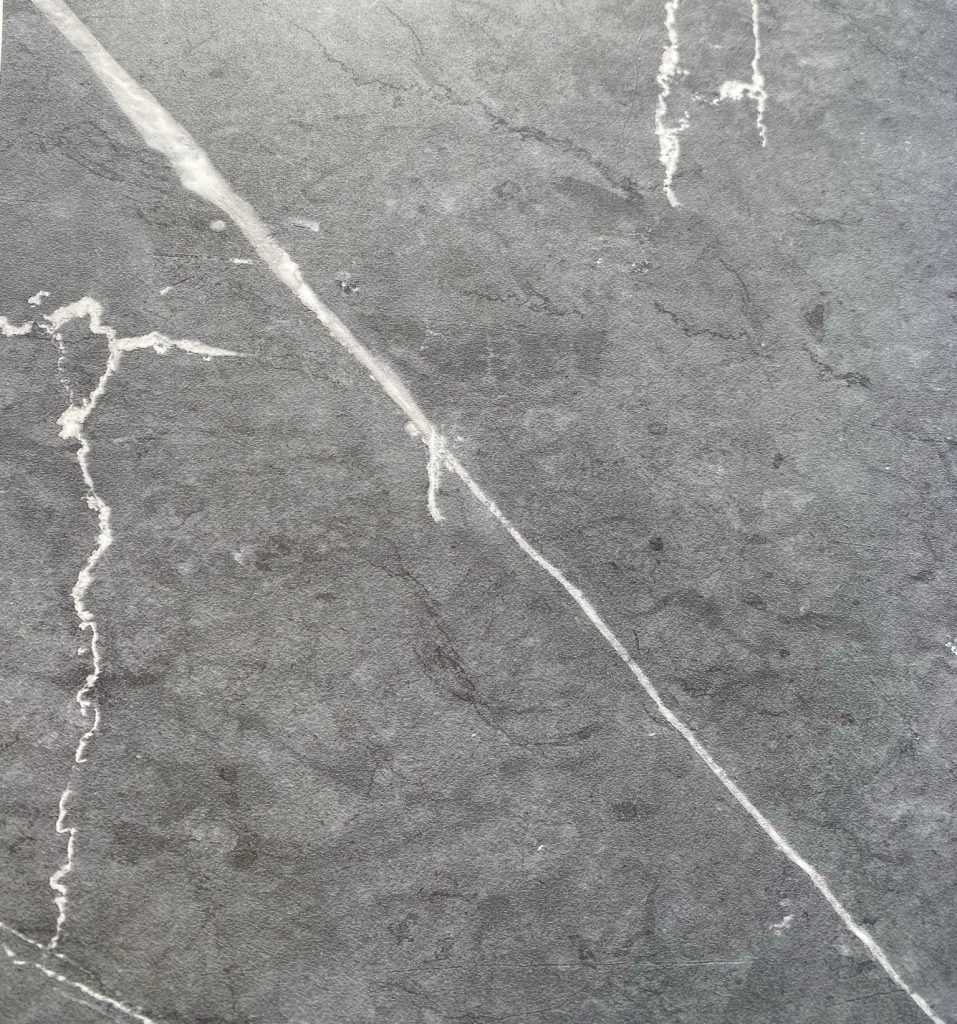 Pietra Grey Marble is one of the most famous, luxurious, and beautiful stones because of its rich color. Similarly with the natural stone, the film pattern has graphic white veining perfectly contrasted by a grey backdrop. Additionally, the silken velour feeling of the original material is preserved in the film.

Two of the seven bedrooms in the mansion have been decorated with wall paneling, as well. But to bring a warmer look to the sleeping areas, the designer has chosen to wrap the panels with wood patterns of Bodaq. Both film patterns represent different tones of oak. In addition to wood, the Black Super Matte pattern is used to highlight the area of electric fireplaces. Thanks to the fire-retardant characteristics of the film, it can be applied in close contact with hot surfaces.

This project turned out to be an excellent opportunity to show how Bodaq can be used in new construction, creating diverse environments full of personality and elegance.